ÚZSVM (Office for Government representation in property affairs) offers the Broadway Palace for sale in an electronic auction. The new owner will not only get large office space right in the center of Prague, but also a unique building associated with culture and turbulent history.

The project of a functionalist building by architects Bohumír Kozák and Antonín Černý was planned in 1936 and finished in 1938. It was constructed for the needs of italian insurance companies and belongs to the greatist functionalists monuments in historical centre of Prague.

The building consisting of three sections is six and seven storeys high and has three underground floors. In its original form there were also apartments but it was completely rebuilt in 1980s for administrative purposes. In the basement the Broadway cinema was opened in 1938 with the state of the art projection and sound equipment. After the end of the Second World War, the cinema was renamed to Sevastopol, and did not return to its original name until 1989. At present, these premises no longer operate as a cinema but as the Broadway Theater.

ÚZSVM took over this complex in 2016 from the then Railway Infrastructure Administration (SŽDC). In accordance with the law, the ÚZSVM first offered the building to other state institutions, but none of them showed interest. Therefore, the ÚZSVM will look for a new owner through a transparent electronic auction. 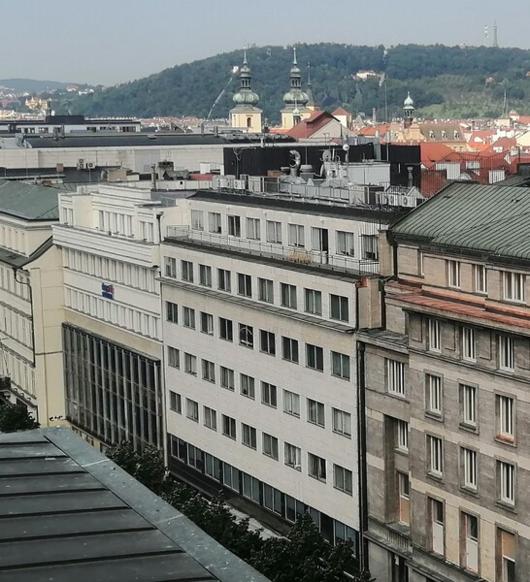 The price starts at 1 050 000 000 CZK, minimum increment of bids is 200 000 CZK. This is an extraordinary investment opportunity and at the same time a sale with the highest announced minimum price in the history of ÚZSVM.

Tours in Czech and English language are planned on the following dates:

Current hygiene rules must be observed during the tour.

More information on this sale can be found here.

More details on how to register and participate in the auction can be obtained from: