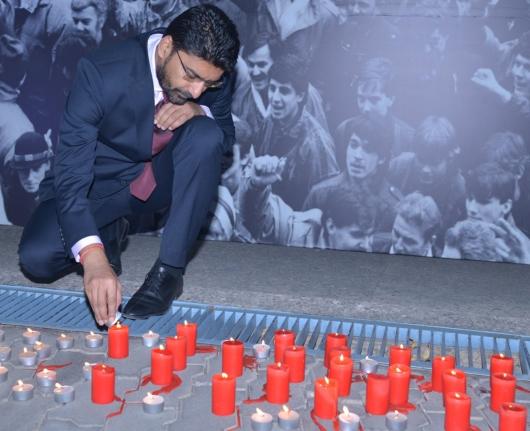 30th Anniversary of the Velvet Revolution

Ambassador of the Czech Republic Milan Hovorka and Ambassador of the Slovak Republic Ivan Lancaric hosted Velvet Street Event in New Delhi on November 21, 2019 to mark the 30th anniversary of the Velvet Revolution which brought about the bloodless overthrow of 42 years of a one-party communist rule in the then Czechoslovakia and saw its return to the community of democratic countries.

The Velvet Revolution is considered to be one of the most important milestones in the modern history of both countries, Czechia and Slovakia. In 1989 people in Prague, Bratislava and many other Czech and Slovak cities went out to the streets and squares to protest openly against the totalitarian regime.

Therefore the Velvet Street Event" was held symbolically outdoor, at the square which is commonly shared by both Embassies in New Delhi.

The event was attended by several hundred invited people, including Ambassados of foreign countries and other members of Diplomatic Corps, business partners and representatives of the academic and scientific community.

The joint reception was attended by more than 300 guests who, besides the rich cultural program by Slovak and Czech artists - duo Peter Luha & Lucia Kostelanská Briestenská (SK) and Michaela Nosková (CZ) - could also enjoy a wide selection of traditional Czech and Slovak gastronomic specialties. Guests had the opportunity to light a candle at a commemorative place for the Candle Manifestation held by students who began the democratization processes back in 1989. The historic milestone in Slovak and Czech history was introduced to the guests by Exposition „Following the way of the Velvet revolution“ and a short movie, as well as fotographs from November 89, including two banners. 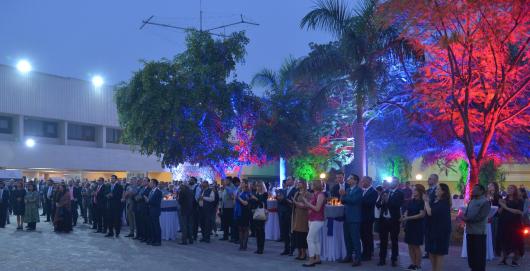 Speaking on the occasion Ambassador Milan Hovorka said: "It was very emotional moment for all of us. I am happy that Czechs and Slovaks showed once again their temperament by celebrating this important milestone in their history together. The Velvet Revolution is a unique testimony that peaceful transition of power is possible, something that our Indian friends can perfectly understand." 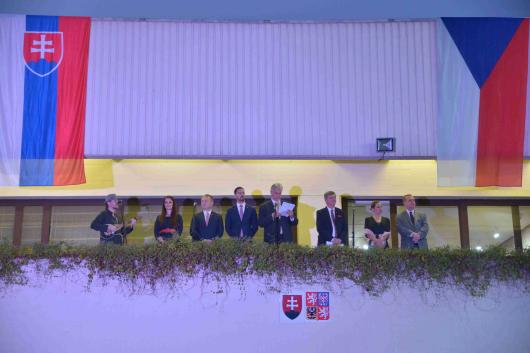 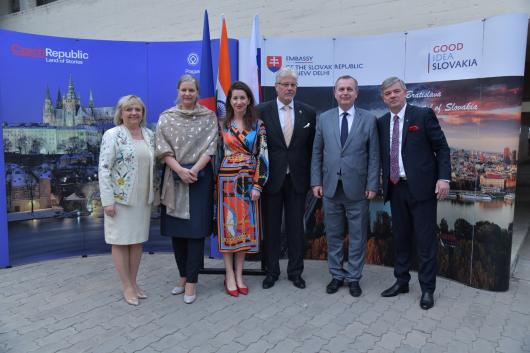